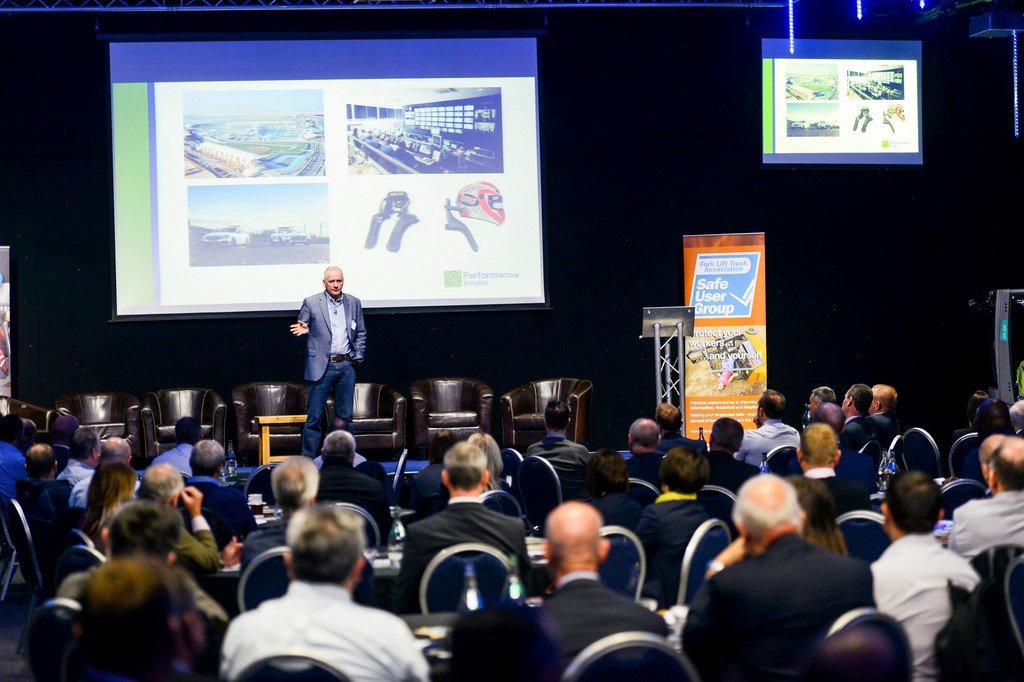 Peter Harvey, CEO of the FLTA said: “Despite stringent health and safety laws, five people are hospitalised by forklifts every day. These are serious incidents, you don’t talk away from a forklift accident.”

Philip White, of the Health & Safety Executive, added that since April 2017, there had been four fatalities involving forklifts. Mentor Training’s Stuart Taylor also said that there were around 1,300 serious injuries from forklifts in 2016, up from 1,000 injuries in 2015.

Jan Lorenz, UK MD of Jungheinrich speculated this increase may be down to to increased workloads, and greater number of pedestrians bring deployed in picking areas. This is despite tougher Sentencing Guidelines coming in from last year and having a clear, tough impact on those companies found to be at fault.

One example is plastics firms Vinyl Compound of Derbyshire paying out £521,000 in fines and costs when a young operator was killed as his forklift overturned.

The conference went on to offer much practical advice to warehouse operators on improving safety practices.

Chris Weston, CEO of mobile power firm Aggreko showed the importance of leading on safety from the top. He had an emotional when working with a previous company when an engineer died at work.

“When I joined,” he said. “I upped our game on health & safety, I appointed a group lead on safety, reporting to me. I brings safety up in every board meeting and encourages management safety walks. We have done 800 of those across the group this year.”

Aggreko also uses The Health & Safety Laboratory Safety Climate Tool to benchmark its performance and provide an objective measure of your safety culture.

Attendees were also given the opportunity to consider the journey taken by NHS Scotland to improve forklift safety.

Robert Wilson, health & safety advisor at NHS Scotland said: “We have a 150,000 sq ft warehouse with 200+ operatives and 51 forklifts. Forklift training is served by in-house instructors. We created a Health & Safety sub-group with input from operators, union reps and forklift instructors.

“We developed a number of tools and initiatives, such as an Action tracker, a weekly newsletter, as well as looking closely at Behavioural Safety, for example, looking to observe hazards, such as forklifts stopping at the end of aisles.”

Most recently, NHS Scotland launched a back to basics, offering a refresher to warehouse staff, as people sometimes weren’t following basic rules.

Robert added: “We have also invested in a new forklift fleet from Toyota Material Handling. We had the early delivery of some trucks to enable instructors to create conversion training, which could then be rolled out to the whole team. The new forklift fleet also has built-in pre-use inspections and enables the recording of impacts.”

One of the most popular sections of the day was the series of real-life case histories, from Rowlinson Knitwear as well as NHS Scotland.

A fitting conclusion was provided by motorsports guru Mark Gallagher who provided a packed audience with an inspirational speech on the remarkable logistical feats achieved by F1 teams and the tragic history of F1 deaths that led to transformation in safety standards within the sport.