Safer manual handling for loads of up to 500kg 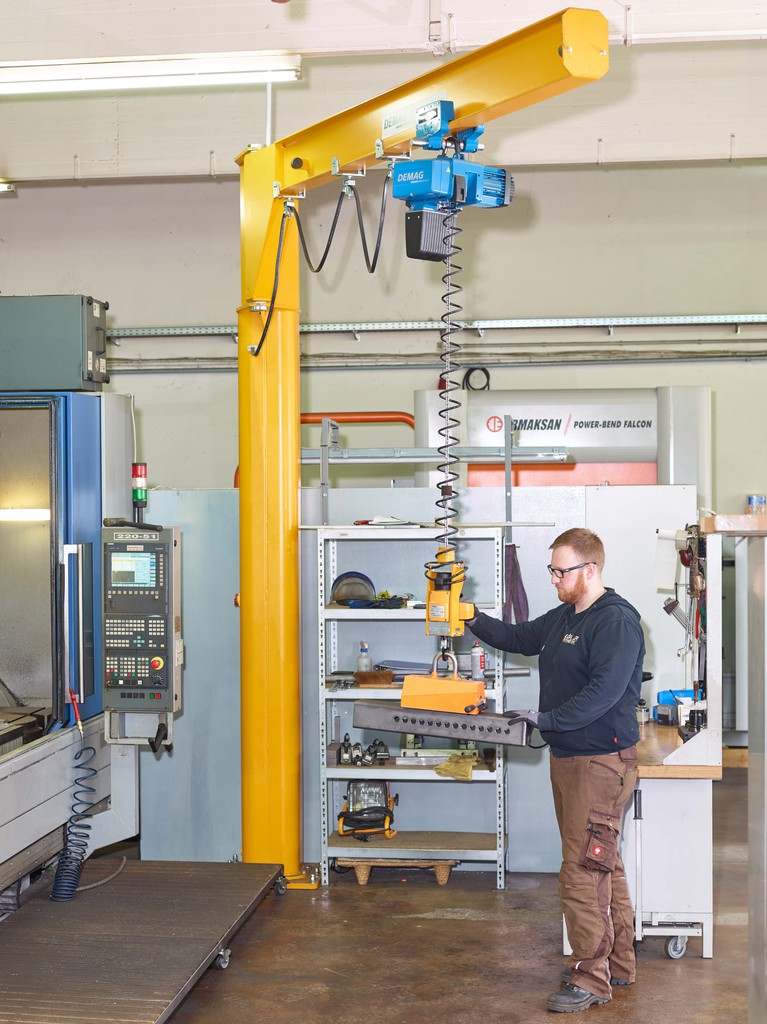 The new DC 5 Manulift allows users of Demag chain hoists to handle loads weighing up to 500kg simply and safely.

The DC Manulift, used in conjunction with a Demag DC chain hoist, may be used for simple and safe horizontal and vertical movement of loads with minimum operator effort. Loads may be manoeuvred with the operator using just one hand, leaving the other hand free to operate the crane control system. This provides ergonomic advantages over the use of conventional chain hoists, where the operator often needs to use both hands to lift and position loads.

The DC Manulift’s control unit is rigidly connected to the load handling attachment, allowing the operator to guide the load with a central handle and, at the same time, lift and lower the load via integrated rocker switches, without having to change the hand position. This arrangement enables loads to be handled quickly, precisely and safely with fluid motions.

The DC Manulift has been enhanced by the introduction of material handling innovations, such as the latest D-Grip manual force control unit. It does not need switches or buttons for travel commands, with the load simply following the operator’s hand movements via the control system handle.

The DCM-Pro Manulift is well established as an efficient handling device in many production and assembly lines and is employed in numerous sectors of industry worldwide. An extension to the load capacity range is a logical step in its further development, allowing it to be specified for a broader range of heavier duty applications.

The DCM-Pro 5 incorporates all of the safety and operational features associated with the established Manulift range. These include a slipping clutch, with a speed monitoring function, which protects against overloads, as well as the clutch located in front of the brake, preventing loads from dropping abruptly.