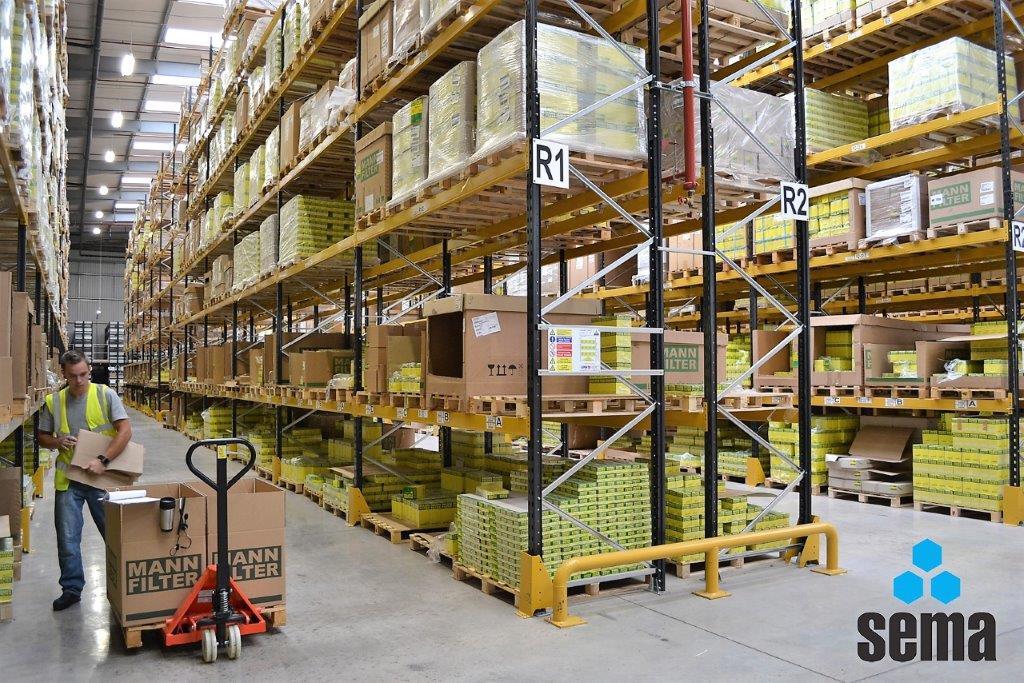 The annual conference is run by the Storage Equipment Manufacturers Association (SEMA) and features a broad range of presentations focusing on end user case studies, as well as legal and regulatory issues and technical subjects.

ACCO’s Lee King and Darrol Masefield told conference attendees how they had changed the safety culture at the company’s Halesowen DC where there was a history of ongoing rack damage.

King said: “We had lots of unreported damage, so we brought in a system whereby staff risked losing their bonus if racking damage was not reported. It was important to say to staff ‘mistakes happen, but they need to be reported’. We called the initiative ‘see something, say something’. This encouraged people to speak up when they saw something unsafe, and as a consequence we saw lost days fall from just under 600pa in 2005 to a lower than 100pa now.”

In the wake of an incident, Skymark Packaging International resolved to address rack safety issues by using industry best practice, in the form of SEMA’s Approved Codes of Practice, as well as guidance from accreditation firm RTITB in terms of safety training for forklift drivers.

Neil Seacock, health and safety officer at Skymark said: “Rack safety is a speciality I would like to outsource. Why? For one, we can have a certified installation, and there is redress if something goes wrong. We are learning the hard way, but now we have replaced large sections of racking and staff now report small instances of damage, which is great.”

Coca Cola has a strong, safety-focused corporate culture, but the UK team recognised that racking was one area where it was lacking, despite it being one of the largest DC assets the firm has.

The company consulted HSG76 Warehousing and storage: A guide to health and safety and SEMA’s Approved Codes of Practice and built a plan of action. Robertson added: “Our racking was legal, but we found sites were working in isolation, with multiple SOPs in place and multiple suppliers. We had 16 suppliers in the UK, and this has been reduced. In Phase 2 we plan to cut it back to one or two partners.”

The firm also set up a standard method to inspect and maintain racking at its sites in the UK, with SEMA approved inspectors to be deployed.