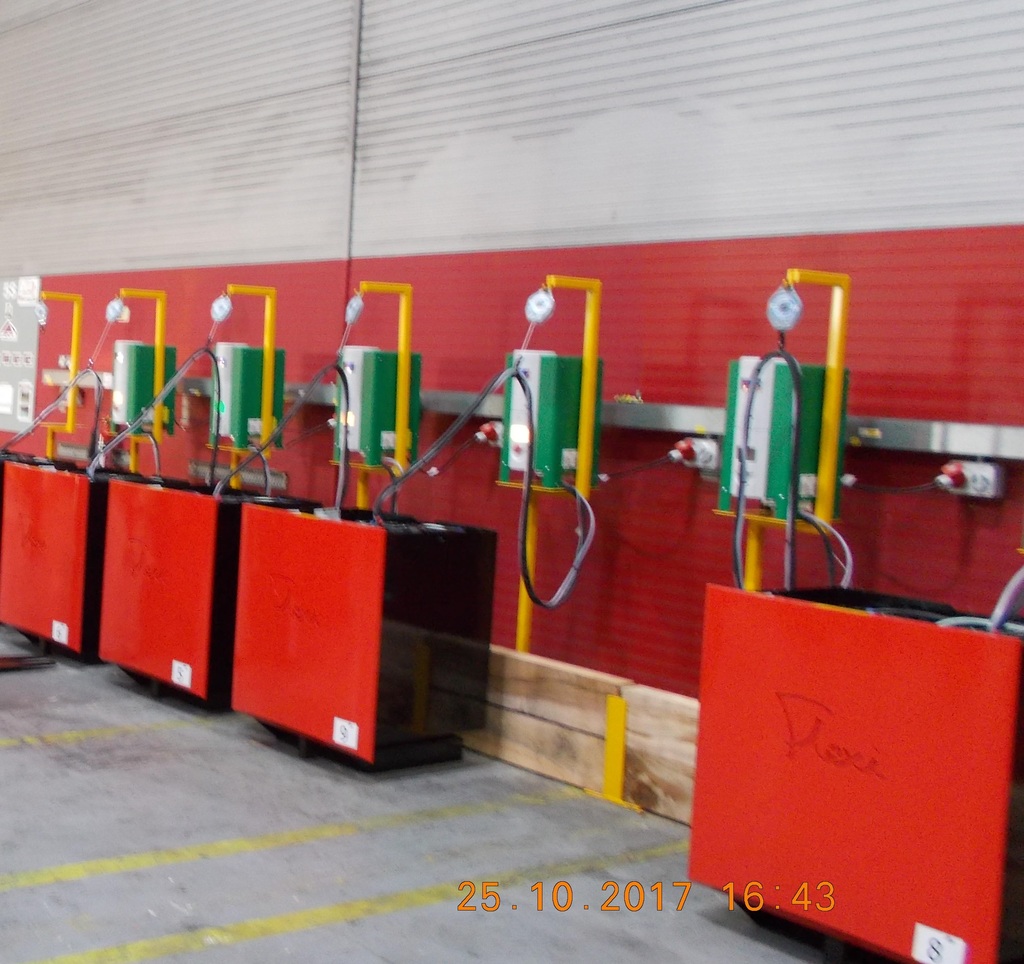 The Easi-Change system combines the latest battery charging technology with established materials handling techniques to ensure that electric-powered Flexi articulated truck fleets require the fewest number of battery units to operate around-the-clock while the amount of time and man-power taken up by the battery changing process is minimised.

Additional advantages include a significant reduction in the amount of costly warehouse space that has to be dedicated to battery charging areas, safer charging regimes and longer battery service life.

The Flexi Easi-Change system allows forklift batteries to be stacked up to two high on a bespoke storage frame and simultaneously charged while each unit is linked by wifi to monitor the availability of the next fully charged and cooled battery.

Once the charge is complete, the Flexi operator checks the system for the next available battery, a dedicated stacker truck is used to facilitate quick and simple battery changeover by removing a truck’s discharged power unit and replacing it with a fully charged one.

Importantly, the Easi-Change process enables battery changes to be completed by a single lift truck operator in under five minutes and, thanks to the system’s ‘call-forward’ alert technology, the operator is always guided to select the most appropriate fully-charged battery when a change is due. 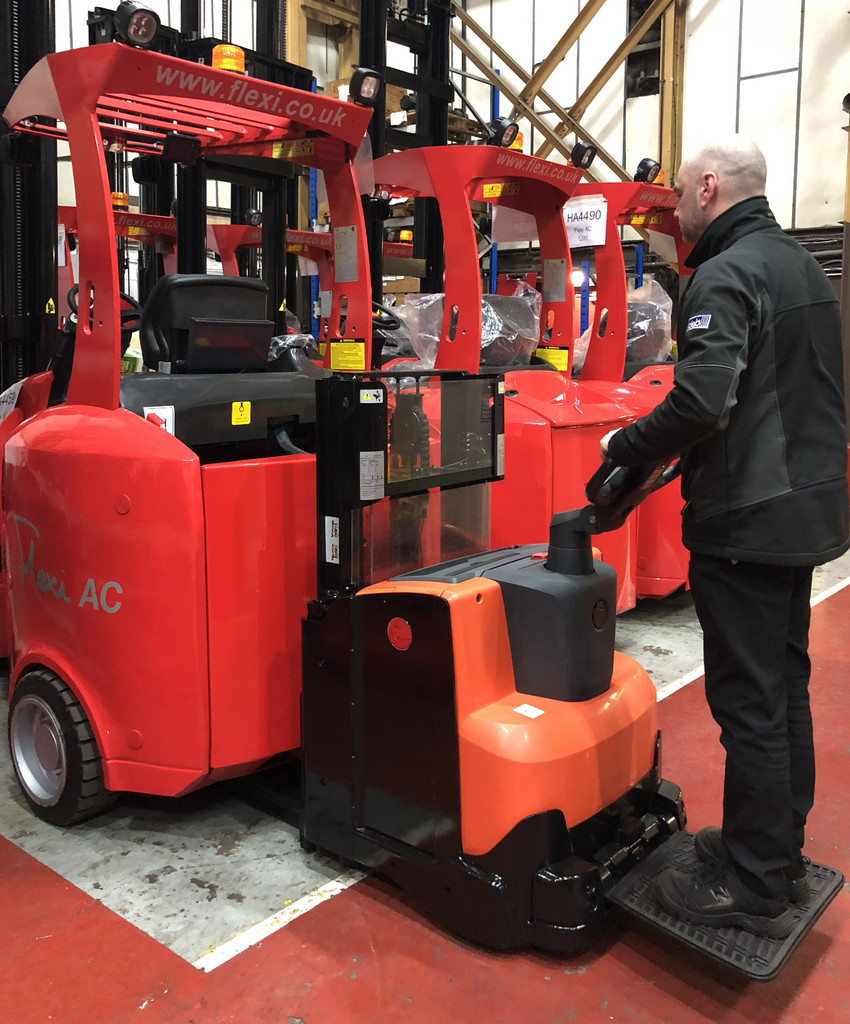 The battery charging system itself features specially-developed electrolyte circulation and microprocessor-regulated technology to ensure rapid and gentle charging of the battery which results in lower energy costs, higher battery availability and longer battery life expectancy while insufficient charging and overcharging is avoided.

Narrow Aisle’s commercial director, John Maguire, comments: “Because, traditionally, the lift truck battery changing process has required another truck to remove the drained battery and replace it with a charged unit, at some warehouses and distribution centres a culture has developed whereby battery changing is seen by forklift operators either as a chance to have an unscheduled break with a mate or a time consuming awkward job, either way, productive and valuable time is often lost.

The Easi-Change process enables battery changes to be completed by a single lift truck operator in under five minutes and, thanks to the system’s ‘call-forward’ alert technology.

“The Flexi Easi-Change overcomes these issues completely because switching batteries only requires one operator and the task is safely completed in less than five minutes.”

The Easi-Change has also been designed to discourage truck operators from ‘opportunity charging’ - the very damaging process where a forklift battery is partly recharged while still on the truck.

“So the Easi-Change has been designed to give distribution centre managers the option to make ‘opportunity charging’ impossible to perform should they wish to. Instead they can adopt a ‘change on demand’ concept because with Easi-Change a fully charged battery is always available.”

According to Narrow Aisle, any company that operates a fleet of five or more Flexi trucks on multi-shifts will see a return on its Easi-Change investment within 12 months as well as a long term reduction in risk.