Look at your options 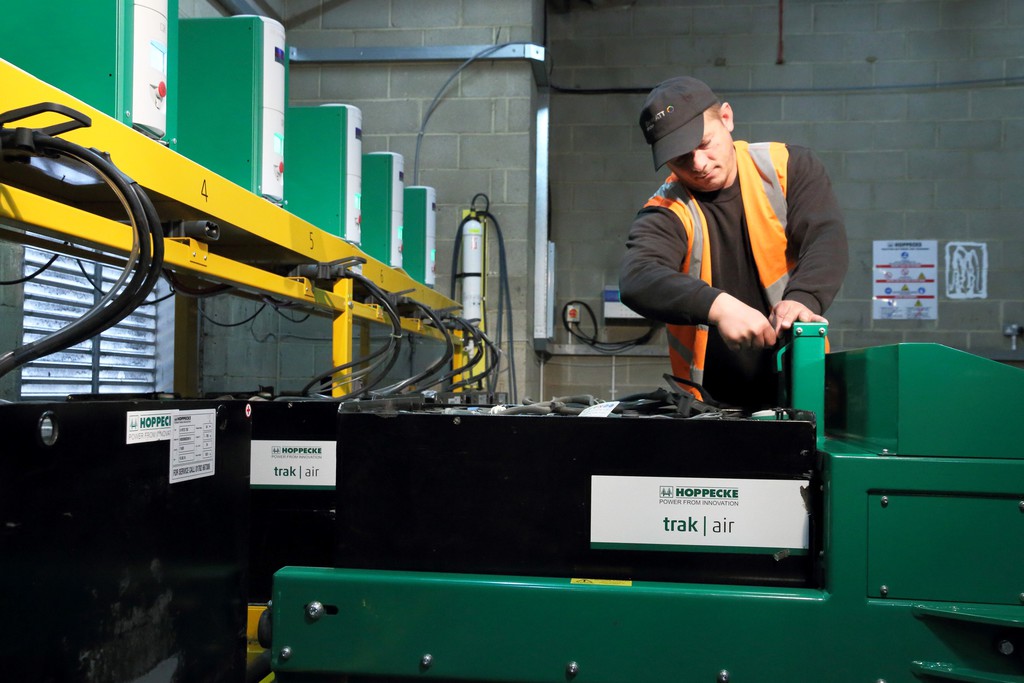 In trying to understand why people are curious about lithium-ion it’s worth looking at what their needs and drivers are and what they expect from the technology. They may appreciate, for example, that lithium-ion batteries last longer and take less time to charge across multiple charging cycles. At the same time, they may be impressed by the batteries offering opportunity charging, elimination of battery changing or virtually zero maintenance. However, are the batteries necessarily the correct choice for the work they have in mind?

Hoppecke Industrial Batteries is the largest supplier of lithium-ion batteries in the UK and over the years it has seen a growing interest in the technology that began with mild curiosity and developed – for some in the warehousing and storage sector – into a full-blown love affair.

But lead acid still has attractions. It is the most economic and recyclable power source available to the materials handling industry. It is also the correct weight for use in counterbalance trucks – where a battery must weigh at least 1000kg to counteract the weight that is being lifted – and a considerable redesign would be required to accommodate the much lighter 300kg lithium-ion battery.

The same issue would occur with reach trucks where up to 70 per cent of dead weight would need to be added to use a lithium-ion battery and achieve the same weight ratio. The counter-argument to this, of course, is that by being much more compact lithium-ion batteries present less of a problem in terms of storage space and offer designers the option of creating smaller trucks that are easier to manoeuvre.

Not only do lithium-ion batteries charge quickly when compared to ‘traditional’ lead acid batteries but they also enable a truck to operate over a 24-hour period without needing to change the battery. This is clearly far better than having to change a lead acid battery three times a day. Furthermore, as well as being maintenance-free with no need for topping up or the lengthy cooling down periods required by lead acid batteries, the lithium-ion battery does not let off dangerous gases when charging and so eliminates issues around ventilation and pollution in a warehouse. 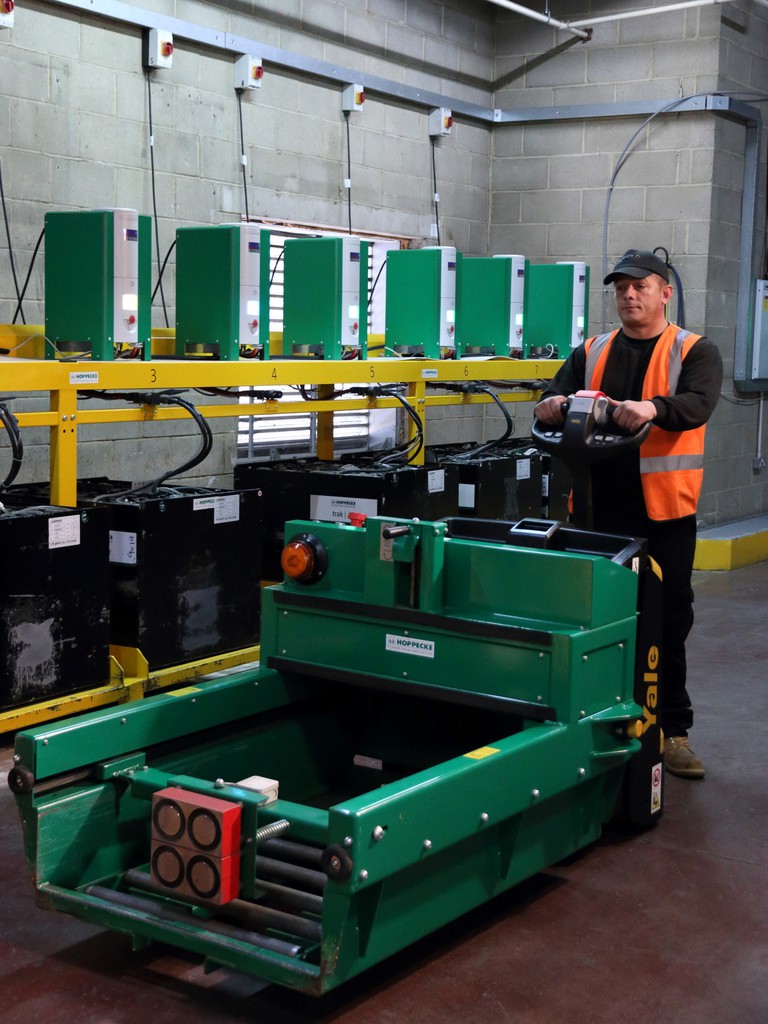 Other drivers for people who are looking to change to lithium-ion batteries include zero degradation, higher capacity, a much greater cycle life and the ability to work at very low temperatures, making them ideal for use in cold storage. However, a lithium-ion battery can cost up to nine times the price of its lead acid equivalent.

What many in the handling and storage sector may not be aware of is that they are not limited to an ‘either-or’ choice between lead acid and lithium-ion. A third option is available and it can offer most of the advantages that the latter provides while being even more cost-effective than the former.

Fibre nickel cadmium traction (FNC-T) batteries are certainly more expensive than lead acid units – around 3.5 times – but this is significantly lower than the cost of lithium-ion batteries. At the same time, an FNC battery discharged to 50 per cent and recharged would give an operator up to 8,000 cycles compared to the 1500 that a lead acid battery would offer. A lithium-ion battery operating under the same conditions would deliver up to 10,000 cycles but the cost of achieving this would be disproportionate and potentially prohibitive.

In terms of degradation, a lead acid battery’s effectiveness would reduce by over a third under the conditions mentioned above whereas FNC-T batteries would degrade by no more than 2 per cent. This compares with the aforementioned zero degradation for lithium-ion batteries but it is clear that the benefits of FNC over lead acid fall only slightly below those that lithium-ion offers. Similarly, fibre nickel cadmium traction batteries are just 0.2 per cent less efficient than their lithium-ion counterparts.

All of this means that FNC-T batteries provide around 90 per cent of the benefits that lithium-ion batteries offer but at a third of the cost. The price of lithium-ion is coming down but it will be some time before it reduces enough to be a viable alternative to FNC-T.

Having said that, there is now a much a wider choice of battery type for those who operate materials handling and storage equipment. There are already many warehouse trucks, for example, that run on lithium-ion batteries and Hoppecke is leading the way in developing energy sources that will meet the future needs of users, including advanced lead-acid batteries which are expected to offer significantly greater benefits over their ‘traditional’ predecessors.

In the meantime, for warehouse operators the FNC-T battery could offer an attractive alternative to lead acid batteries and is available now. The lithium-ion solution is certainly becoming more and more viable every passing day and one day these batteries may well become the norm. However, this change will not happen through any type of revolution, it will simply be down to pure economics.