After the completion of the Corporate Headquarters and Development Centre in 2011, KNAPP AG is again investing in its Hart bei Graz location. A modern six-story office building with an Innovation Centre will be completed by the autumn of 2019. 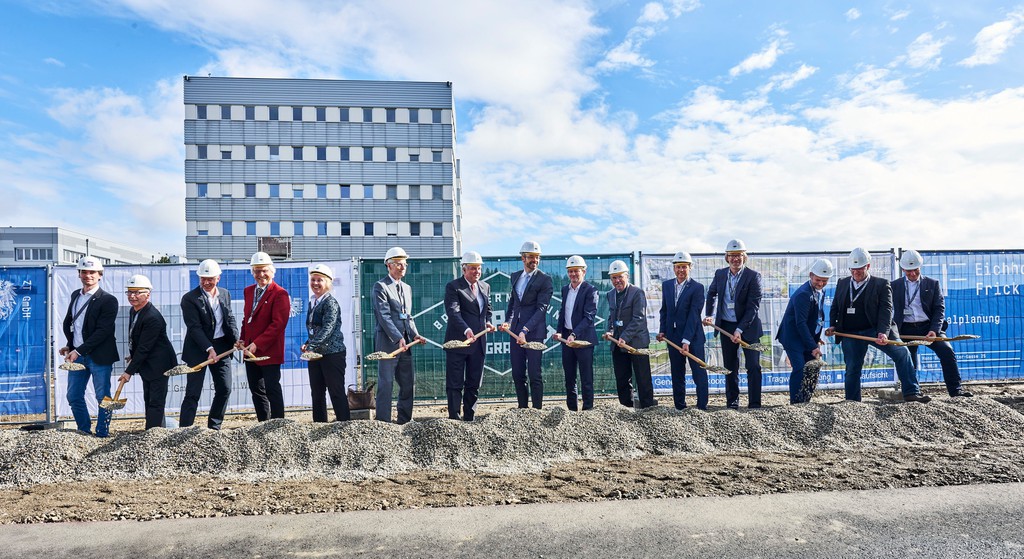 Two production halls will also be erected as well as a large photovoltaic plant for efficient energy management. The ground-breaking ceremony was on March 16, 2018.

The constantly growing number of employees – since 2004, the number of employees at the headquarters of the Styrian logistics company in Hart bei Graz has more than doubled from 1,000 to around 2,200 – and the associated lack of office space is just one of the reasons for the investment. KNAPP is growing on average by 150 new employees every year at the Hart bei Graz location alone and is constantly on the lookout for qualified technicians, especially in software and IT, but also for the planning, development and startup of logistics systems.

The new company building has a distinctive modern design. Next to a reception area on the ground floor, rooms are planned for employee and customer events as well as a separate theatre/lecture hall with space for 130 people.

The building will have an upscale showroom with a 10-metre-high ceiling, in which KNAPP can present its customers and guests with the latest technologies in the world of warehouse logistics. Offices across four floors will provide 470 employees with a state-of-the-art work environment.

The building wings are arranged in a comb formation, so the light-flooded offices are all just steps away from each other.

In parallel to the new building, a production hall will be expanded. Across 10,000 m², two more halls will be in construction, effectively doubling the production space. Here, there will also be work stations for around 150 employees. The stand-alone power supply is provided by two powerful rooftop photovoltaic systems on top of the two halls. All in all, KNAPP will be investing the equivalent of about a year’s profit – a clear commitment to the site.