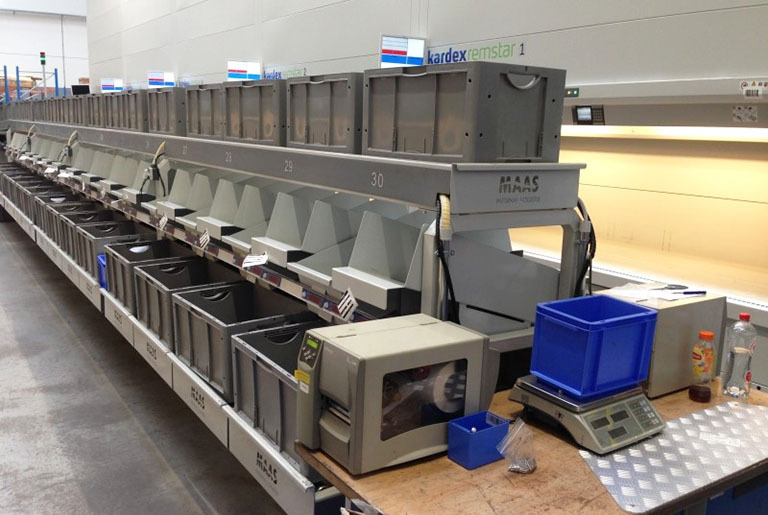 Yet processes in the warehouse often reach their limits even with this method. Until now, the only logical answer was to expand capacity – which is often not possible due to space-related problems.

With cross picking, Kardex Remstar has come up with an intelligent alternative to expansion that increases performance and productivity on the same space. The big advantage is it is not necessary to replace the existing storage units.

The concept of cross picking involves two rows of Kardex Remstar carousel storage units or lift systems facing each other. Between the two picking zones is a station with spaces for the order bins, which will be filled from both sides. In addition, two opposing chutes are fitted above each bin. Items placed in them will slide down to the station on the opposite side (or arrive from the opposite station). Pick-by-light displays tell the order picker what to do with the items: They have the option of placing them in the bin being used for their picking order, putting them on the slide for the orders on the opposite station, or taking an item from the slide to use it for their particular order.

With the help of the slides, the batch orders are simultaneously supplied with goods from the opposite storage units, which means that batch bins no longer have to be pushed from one station to another until the order is completed. More items can be picked on the same space in a shorter space of time.
MORE FROM THIS COMPANY