Warehouse safety specialist ELOKON has won a further major award – its third in the past few months – this time for its ELOshield proximity detection system. 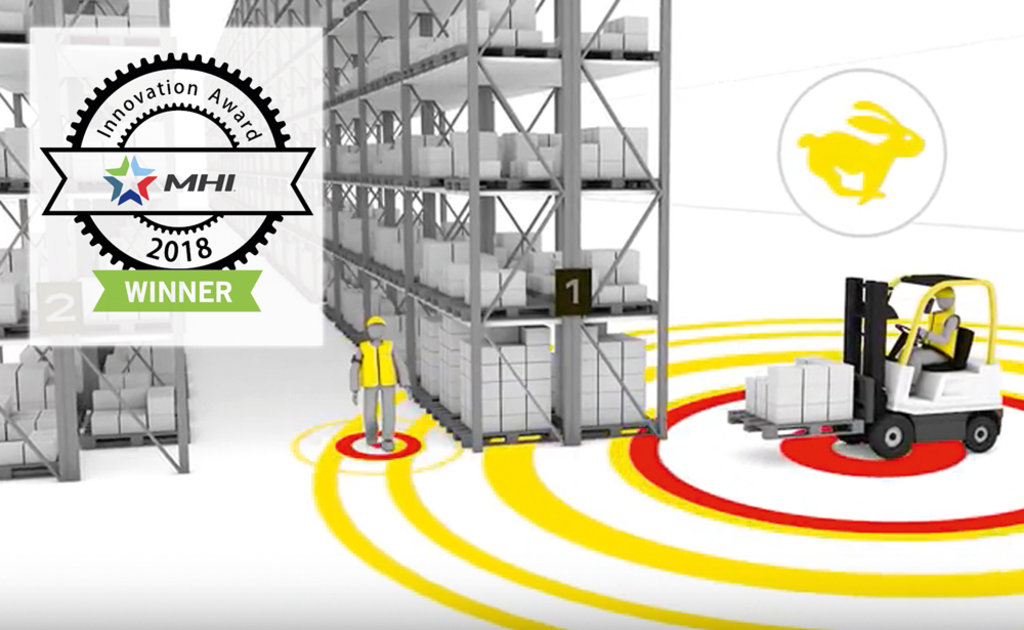 The U.S based Material Handling Institute (MHI) judged it to be the “Best Innovation of an Existing Product“ at the recent MODEX show in Atlanta. There were just three outright winners to be chosen from the 111 submissions, making this a particularly prized accolade for ELOKON.

ELOshield is an innovative, UWB-based protection system which creates protective shields around personnel and forklifts to reduce the risk of accidents and greatly enhance safety in the warehouse. A fixed-site version monitors accident-prone areas, such as high-traffic aisle intersections and a mobile version monitors “danger zones” of up to 25 metres around moving vehicles (both vehicle-to-vehicle and vehicle-to-person). These zones can be flexibly programmed by vehicle, based on operating needs, as circles, symmetrical rectangles, or asymmetrical polygons. See the new animation that shows ELOshield’s capabilities here:

Along with the twelve other finalists in the three award categories, ELOKON’s entry was judged by a team of professionals from the material handling and supply chain industry at the start of the show.  Their focus was on solutions that provide quantifiable and sustainable results in terms of concept,  value and customer satisfaction.

“We know that we have a very strong product in ELOshield”, said ELOKON MD Alexander Glasmacher, “but to win this prestigious award during our first appearance at MODEX is a great achievement for everyone involved in its development. It further underlines the increasingly important role our products play to ensure the highest levels of safety – in the warehouse and for the workforce”.

ELOshield already has one prize under its belt: it was awarded the runner up place in the „Quality and Safety“ category of the German handling Awards in late 2017. And another ELOKON product – its ELOprotect safety system, recently won the Safety Category in this year’s FLTA Awards. 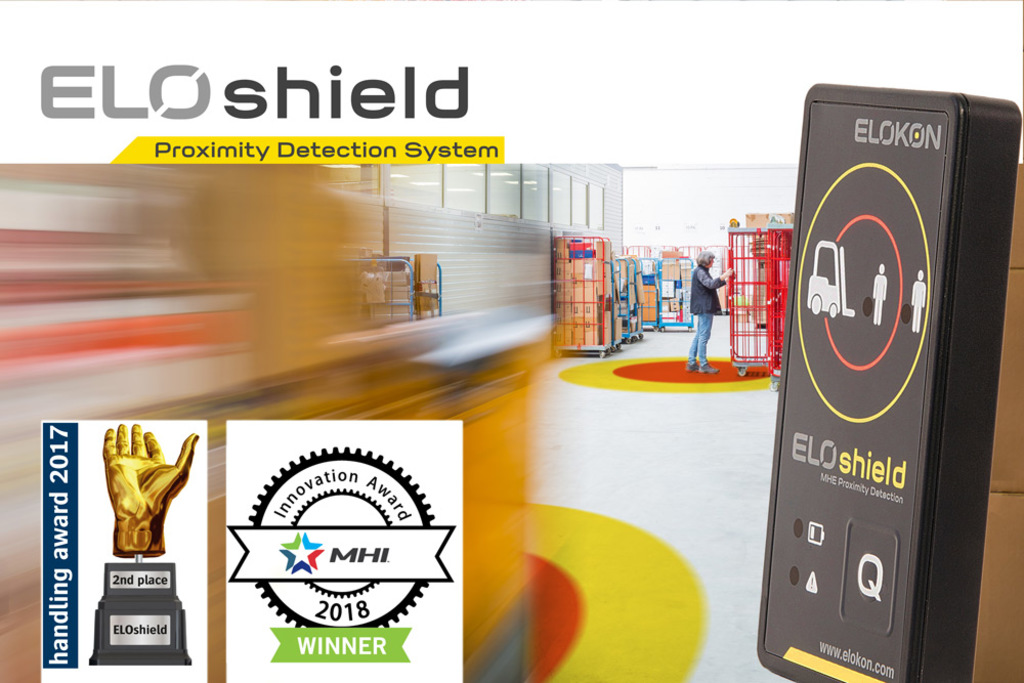