If a pedestrian walks into the “blind spot” of a forklift truck, there is potential for an accident to occur, so Linde has developed a Surround View system to prevent such hazardous situations from arising. 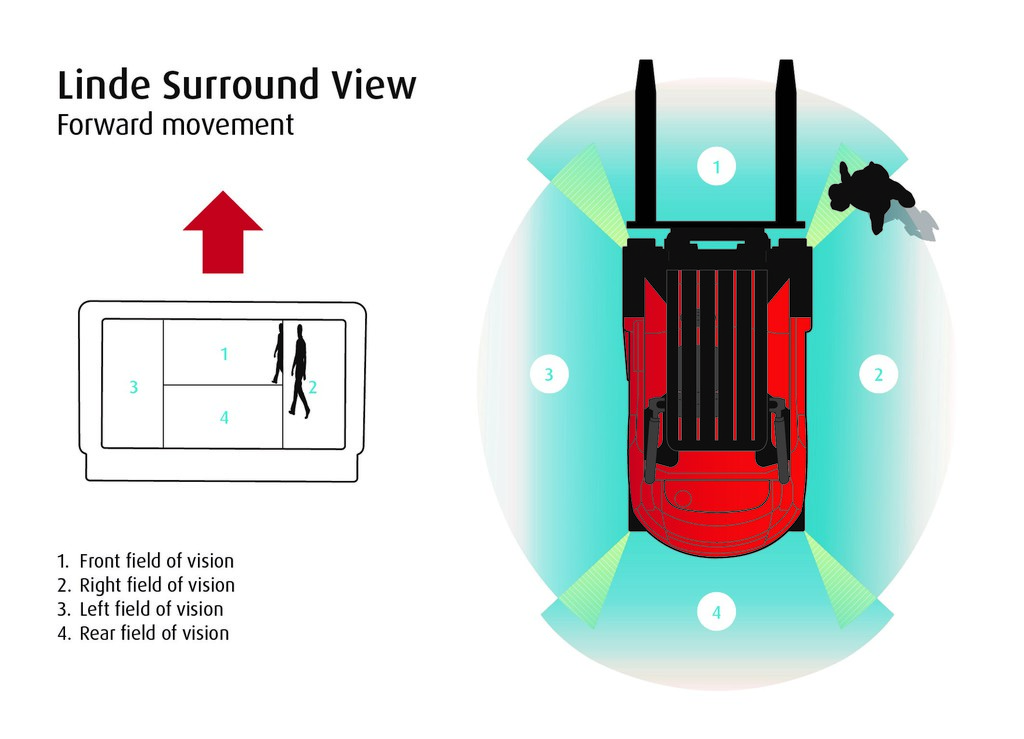 In the automotive sector, numerous manufacturers offer so-called bird view system solutions as video-based parking assistance. Such systems consist of several cameras and software so that the resulting individual images can be combined to form one overall image. The on-board computer then places the contours of the vehicle within this image and displays it to the driver as a virtual bird’s eye view.

The “Surround View” system now launched by Linde goes one step further than this. The image display is still based on live data from cameras mounted around the truck, but instead of a single overall image, the system generates a front, a rear and two lateral fields of vision. The big advantage of this solution is that the camera views are displayed 1:1 as a split screen on the monitor at the driver’s workstation. A distorted and therefore possibly unclear representation of the camera’s overlapping areas produced by the simple bird view system is thus avoided. If there is someone in the overlapping area of two cameras, they will be displayed in both fields of vision.

When driving forward, all four viewing areas are shown on the display by default. During reversing, the display changes to the rear and two lateral fields of vision. The driver therefore recognises possible collision hazards early on. And this does not only apply to pedestrians around the forklift: damage to goods, shelves and the forklift itself can also be avoided by the extended view.

More visibility also means higher productivity. Drivers can work more efficiently, quickly and ergonomically. For example, during storing they can see what is going on in front of the forklift arms – even if the load obstructs visibility.