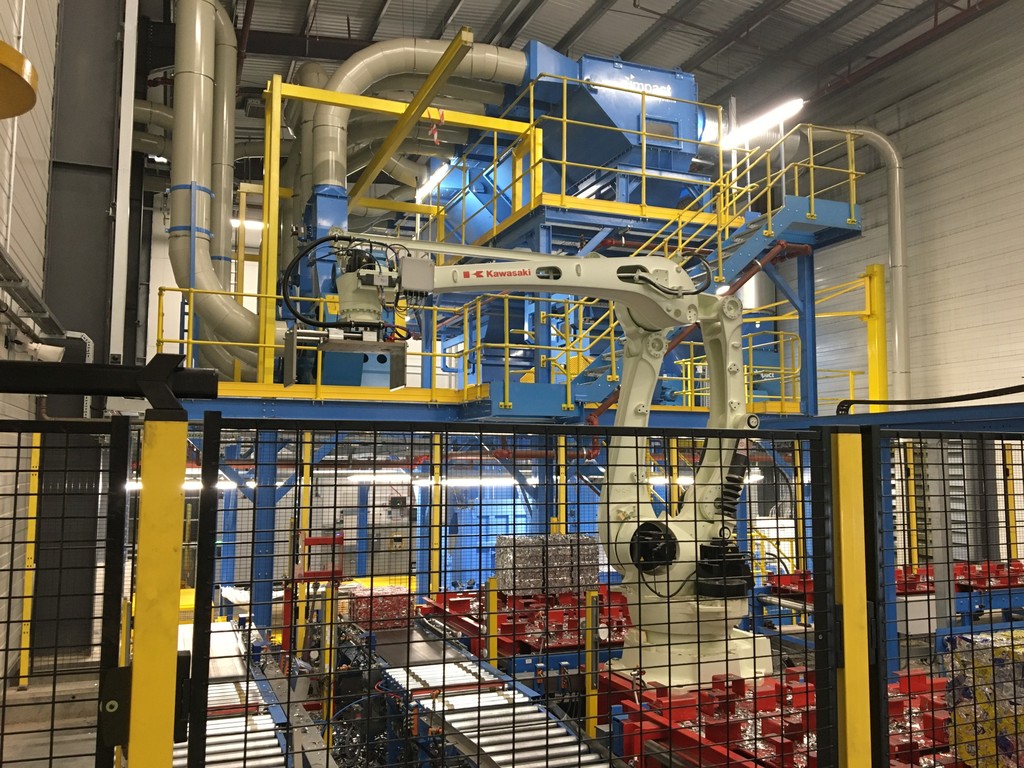 Part of this process involved consideration about the bale stacking process, maximising the road vehicle payloads and also the offloading exercise that needed to take place once the bales reached the recycling centre.

Previously, the bales of scrap material had been stacked by the robot on to wooden pallets, and strapped to the pallet by hand.

Impact Air Systems created a new bale stacking pattern that maximised the robot capability enabling bales to be stacked in a pattern that eliminated the use of wooden pallets. 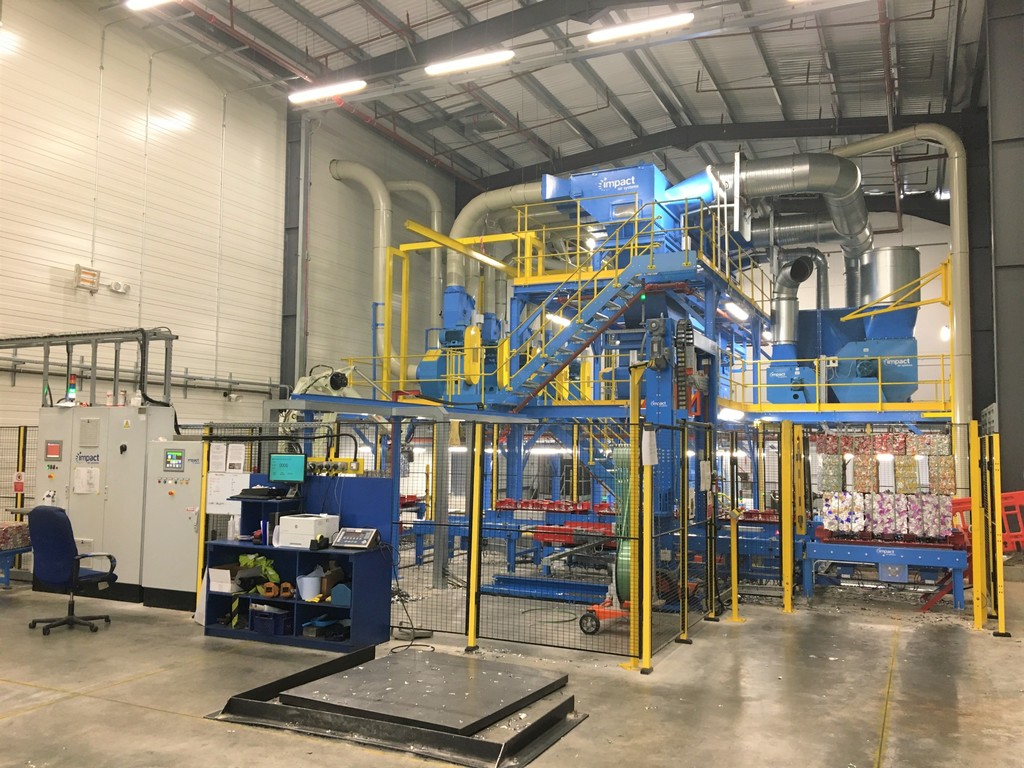 They achieved this by developing a new custom-made transport pallet, mindful of the fact that the stack needed to be within the tolerances described for baling and also the need to try and prevent the shedding of any debris from the bales during both handling and transit.

By employing a robot to stack the bales in a pre-approved pattern that contained voids allowing them to be handled by a fork truck, they could be moved, stacked and then loaded directly onto a road vehicle in a manner that facilitated swift and easy removal once the recycling centre had been reached, eliminating the use of wooden pallets.

Kawasaki Robotics’ Ian Hensman, who sold the original robot to Ball Packaging almost 20 years ago, observed: “It was clear from the start of our discussion with Impact Air Systems and LAC that a combination of robot payload, speed and durability was being taken as a given, based on Ball Packaging’s previous 20 years of fault-free service from our ZD130S robot. What they needed to be certain of was that the new robot we recommended could cope with new demands brought by rapid growth, lifting anything up to 320 bales on each shift, with each bale weighing around 30kg. For the new system, the scrap brightwork bales, typically sized 440x440x280mm, had to be rotated to the required position for stacking whilst in the transit arc, and needed to be placed into the appropriate stacking position with a precision guaranteed to be within 1mm first time, every time. Further, to cope with increased production levels (and also make provision for further future growth), an extremely fast full-cycle time was specified for each individual movement. This also provided an assurance that the new system could absorb peaks in the event of potential spikes occurring in can making production, such as those seen as a result of lockdown”.

Kawasaki’s engineers recommended the company’s CP180L robot for the application. It is approved and certified to carry a payload of up to 180kg at its maximum reach of 3255mm, and at this reach the unit operates with a guaranteed positional accuracy of +/- 0.5mm. 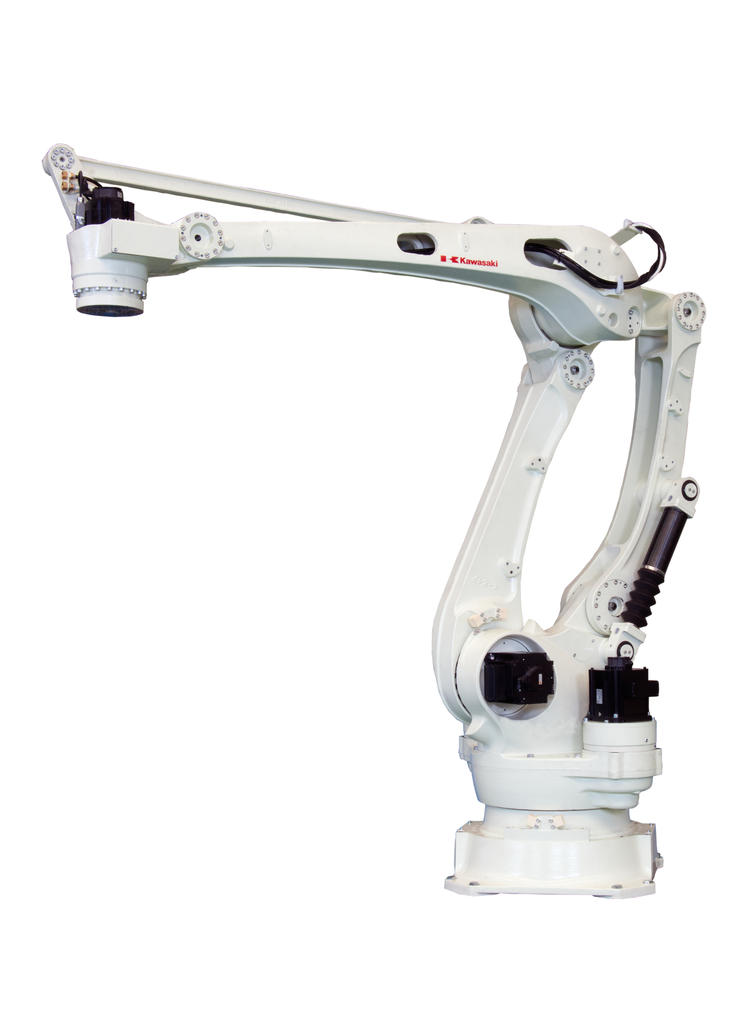