Vaillant Group is one of Europe’s leading heating technology manufacturers and it is driven by a culture of thinking ahead. Therefore, when A-SAFE first unveiled its new RackEye rack monitoring system, Vaillant Industrial (Belper) was keen to introduce it at its state-of-the-art warehouse facilities in Belper, Derbyshire. The results have been compelling – and were felt almost immediately. 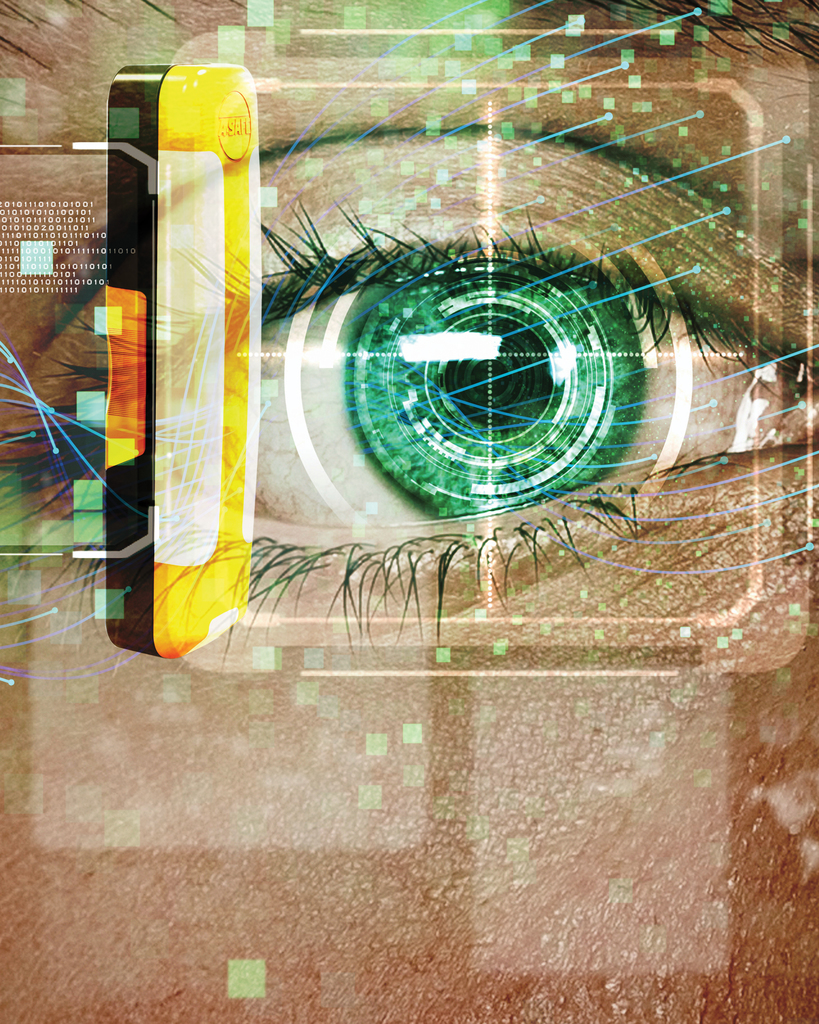 With more than 13,000 employees worldwide and operations in twenty countries, Vaillant is Europe’s second largest manufacturer in the heating technology sector. Its UK operation in Belper, Derbyshire is home to a high-tech manufacturing facility, as well as around 2,400 square metres of warehouse facilities. The Belper Plant places a strong emphasis on employee safety and already uses A-SAFE safety barriers extensively throughout both its factory and warehouse. Adrian Ancliff is the Head of Production Logistics and Scheduling at Belper. He is responsible for all material handling and logistics at the site, as well as production planning the shop floor, “We have always seen A-SAFE products as top of the range,” he says. 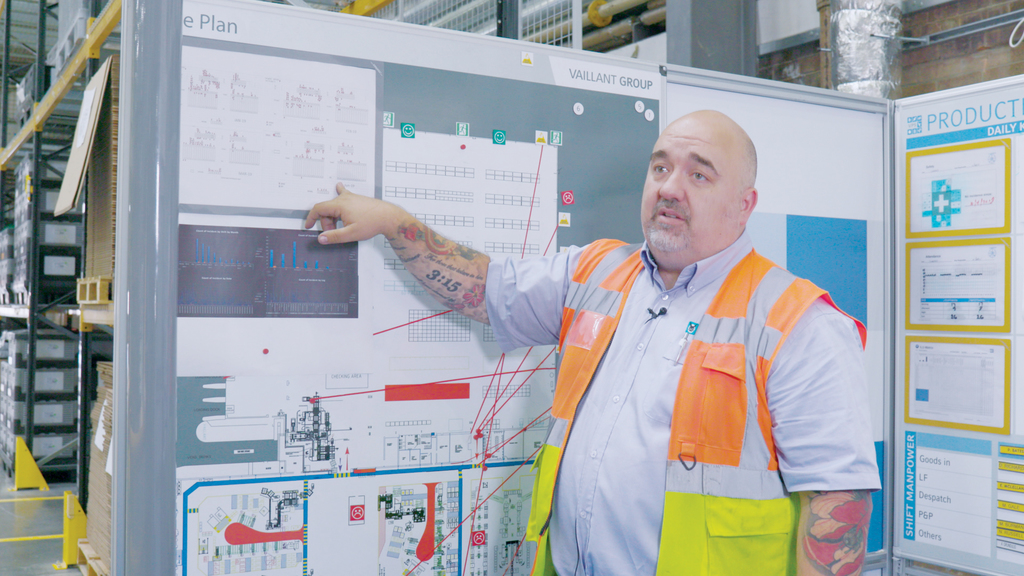 Ever since Ancliff and his team first became aware of RackEye, they had been eager to try it at Vaillant. They immediately recognised its potential for improving warehouse safety and wanted to see the system in action in the real-world conditions of their facility, “A-SAFE were looking for test customers for the RackEye product, so we just jumped at the chance,” Ancliff explains. “We are quite an innovative plant and we are always looking for new technologies and new ways to raise the bar in terms of logistics and safety.”

A new era in rack safety

RackEye takes an innovative approach to rack safety. Unlike passive impact protection systems such as rack guards – which protect vulnerable parts of a rack from impact damage – RackEye works by actively monitoring the complete racking infrastructure via intelligent sensors fitted to the rack legs. If these detect that an impact has occurred, the system will pinpoint the affected rack and send an immediate SMS notification to the warehouse management team. This then allows them to assess any damage and take remedial action if necessary. The RackEye system also collects statistical data for reporting, which can help to identify impact hotspots and address long-term problem areas within a facility, ultimately reducing the potential for future incidents. 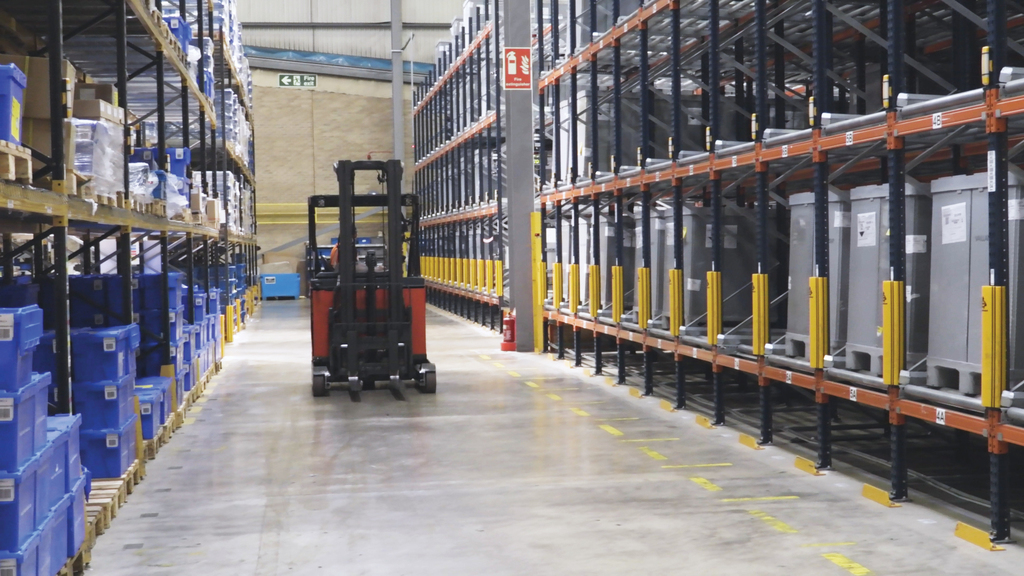 Following a site visit and more detailed discussions with the Vaillant team about their requirements, A-SAFE installed the RackEye system in the Vaillant warehouse. It went live in January 2019 and in the eight months it has been operational, the team in Belper has already seen significant benefits, “Within that timeframe, we’ve seen a 75 percent reduction in impacts across the legs where we’ve been trialling it,” Ancliff says. 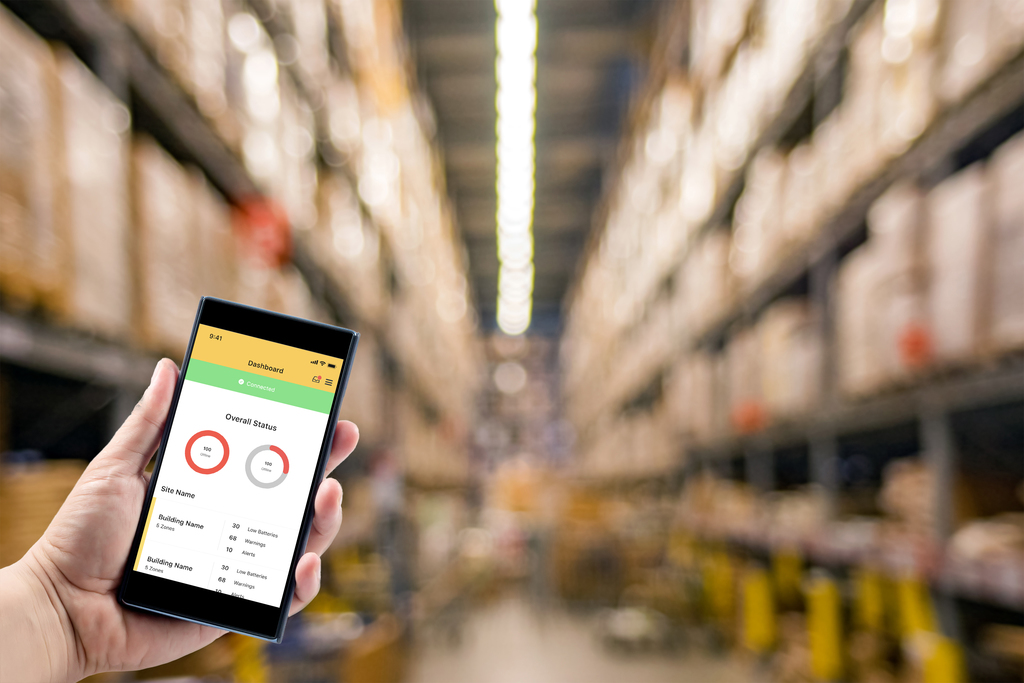 The data from RackEye has been instrumental in helping Vaillant to make improvements within the warehouse, as well as highlighting layout problems and racking issues,  “We’re getting really good data from the KPI reporting; we get regular alerts through the SMS messages, so we’re always doing spot checks on the racking – if problematic areas arise, we’re doing something about it. We’re talking to the guys and asking for ideas on why certain areas are causing us a problem and having more alerts than others.” Ancliff recalls that early on in the project, one of the RackEye racks was regularly reporting impacts. He flagged the issue with his team, who informed him that there was a long-term problem with some mesh decking on the rack shelf. It was damaged and kept catching. The team knew about it, but nobody had reported the problem until RackEye flagged it. The decking was subsequently replaced, and the problem never occurred again, “Without RackEye, I don’t think we would have picked up on that.”

Part of the daily routine

According to the Vaillant team, one of the most important factors for the success of the RackEye trial has been how members have embraced the system and made it part of their daily routine, “By getting them involved early and making them aware of it from day one, they have really taken ownership of it. They really understand the benefits of the system. It’s not about blame, it’s just about ownership; it’s about accountability” Ancliff says. Besides identifying issues within the warehouse, individuals within the team are using the monthly KPI reporting to identify areas where they can improve their own performance.

Another benefit has been a general change in driver behaviour since RackEye was installed. The sensor units fitted to the rack legs have served as a visual reminder for drivers to take greater care. Drivers also know that the instant an impact is detected on the rack, an alert will be triggered, and the data will show precisely where and when it occurred. This awareness – together with driver-training and other safety initiatives within the plant – has driven up standards, “It’s very interesting now if you walk in in the morning and an alert has gone off,” says Ancliff. “The team are now coming in and saying, ‘Have you had a RackEye alert? Because it was me.’” 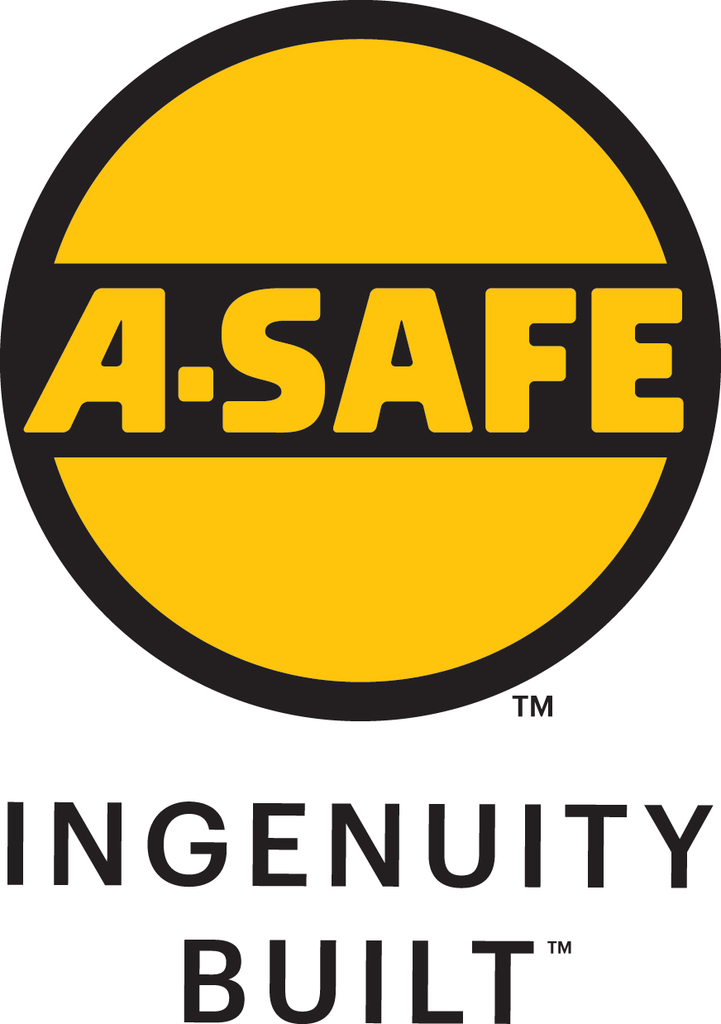 RackEye has been hugely positive for warehouse operations in Belper, as well as for the entire warehouse and logistics team. However, such has been the success of the trial, it has also captured the interest of senior management and other operations across the Vaillant Group, “It’s almost become part of the logistics showcase when we show customers and visitors around.”

The Logistics and Scheduling team at Vaillant is eager to build upon the success of the RackEye trial and roll it out to other racks within the facility, “We really want to increase the number of legs that we’ve got across the plant,” Ancliff says. “We can say only positive things about the benefits it’s had.” 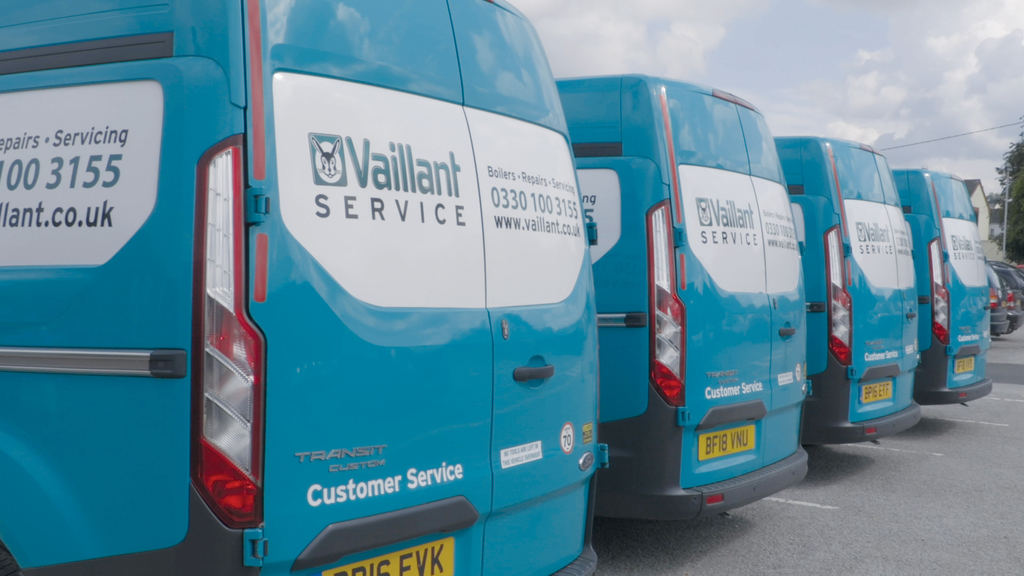